Be Aware of Multiple Users on WMAs During Hunting Seasons

LINCOLN – Users of the state’s wildlife management areas should be aware of the presence of hunters on those areas during all hunting seasons, but especially for the Nov. 15-23 firearm deer season, when approximately 70,000 hunters will be in the field.

Bird watchers, horseback riders, hikers, wildlife viewers and anyone else using those areas are encouraged to use common courtesy by being aware of hunters using the area for the safety of all. Hunter numbers are highest on the opening weekend of the season and during the early and late times of the day. Other users might want to avoid these times.

Area users should make themselves as visible as possible by wearing blaze orange or brightly colored clothing.

Jerry Kane is the news manager with the Nebraska Game and Parks Commission. He can be contacted at jerry.kane@nebraska.gov or 402-471-5008.
Previous Game and Parks Projects Get Boost by AmeriCorps
Next Deer Hunters Should Note Recent Check Station Changes 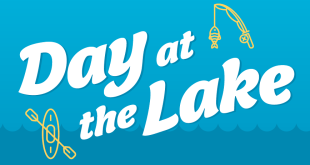