Home » Barbs and Backlashes » Half Combo

Got a little report to give you about a recent adventure.  I have a buddy from Iowa that I met through some turkey hunting I have helped him with ( Turkeys Down! Turkey Camp , Turkey Camp 2014 ).  I am always telling folks what a mixed bag capital Nebraska is, and this fall Don came back over to sample more of that.  He had a Nebraska archery pronghorn tag in his pocket, and figured while making the trip across our great state he might as well pull his boat and do some fishing while he was at it.  We communicated a few times in recent weeks, and Don decided he would hang out in the Lake McConaughy/Lake Ogallala area for a few days before he set out on his antelope hunt.  My schedule did not allow me to meet up with him right away, so I told him what I could about the fishing in that area and promised to spend some time fishing with him as soon as I could!

By the time I got there, Don was on the trout at Lake Ogallala.  In fact, the last time I talked to him, he was on his cell phone in the middle of Lake Ogallala and hooked two rainbows while on the phone!  That just made me hurry all the more to get there ASAP.  Since he was dialed-in on the trout, we spent an afternoon and a day catching a few more! I got in on the act too! I am not going to tell you that we hammered dozens of fish, there were periods when the bite was relatively slow, but there were other times when the bite was very steady and we certainly caught enough rainbows to keep us interested!  We caught trout as small as 12 inches or so, and as large as 18 inches, maybe a little larger; most of them were healthy 14-16-inchers.  We pretty much trolled a variety of hardware around Lake Ogallala, spoons, spinners and crankbaits, and caught fish on all of them.  It was fun to watch a rainbow erupt out of the water behind the boat when there was a hook-up.  Don field-dressed a few fish to take with him, and they all had bright orange flesh.  We released all the trout we caught while I was with him.

The stocking truck from our Rock Creek State Fish Hatchery showed up while we were there to put a few more in for the future! Don and I parted ways in the evening.  I slipped up on Lake McConaughy and got a picture of the sunset. Don took some time visiting sights on the rest of his journey to the western end of Nebraska.

Yes, he was able to punch that archery pronghorn tag in a few days of hunting! I only got to participate in half of Don’s Nebraska hunt/fish combo, but I loved every second of the time on the water.  It is my pleasure to share Nebraska’s great hunting and fishing opportunities with so many folks.  I am heading out the door to do some more of that right now.  Stay tuned!

Daryl is a lifelong resident of Nebraska (except for a couple of years spent going to graduate school in South Dakota). He has been employed as a fisheries biologist for the Nebraska Game and Parks Commission for 25 years, and his current tour of duty is as the fisheries outreach program manager. Daryl loves to share his educational knowledge and is an avid multi-species angler. He holds more than 120 Nebraska Master Angler Awards for 14 different species and holds more than 30 In-Fisherman Master Angler Awards for eight different species. He loves to talk fishing and answer questions about fishing in Nebraska, be sure to check out his blog at outdoornebraska.org.
Previous Top Spot for Fall Color Viewing on WOWT 6 Outdoors
Next Smoky Gray Photos 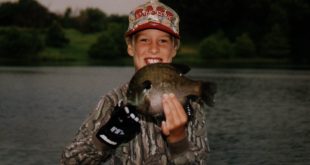 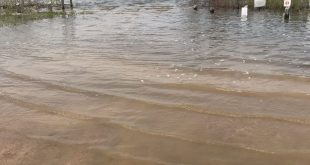 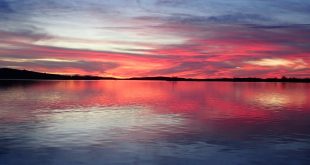