The entirely bald head exhibited by this northern cardinal is unusual, but not unprecedented. Birds similar to this have been observed throughout the species’ range. However, why a cardinal would lose essentially all of its head feathers at one time is not entirely clear. One clue is that cardinals in this condition are often observed in late summer or early fall.

This is the period when cardinals undergo a molt – the process to replace old, worn feathers with new ones. Sometimes cardinals and blue jays are observed in late summer with reduced head feathers and lack crests during their molt. Normally birds do not lose an entire group of feathers at once.

Feathers are typically replaced gradually because most birds still need to thermo-regulate and fly to survive (an exception are waterfowl, which become flightless during molts). Some authorities have hypothesized complete feather loss in northern cardinals may be related to heavy parasite loads, or the result of excessive head scratching due to parasite or stress from malnutrition.

Even though there may not be a definitive answer at this time, the photo provides a fascinating glimpse at the bird’s anatomy that is usually hidden by feathers. Notice how absurdly massive the bird’s bill is relative to the head and take note of the ear opening below the eye.

Hopefully, this cardinal grows some new head feathers before winter.

Joel Jorgensen is a Nebraska native and he has been interested in birds just about as long as he has been breathing. He has been NGPC’s Nongame Bird Program Manager for eight years and he works on a array of monitoring, research, regulatory and conservation issues. Nongame birds are the 400 or so species that are not hunted and include the Whooping Crane, Least Tern, Piping Plover, Bald Eagle, and Peregrine Falcon. When not working, he enjoys birding.
Previous An Old Coot Trick
Next Rewarding! 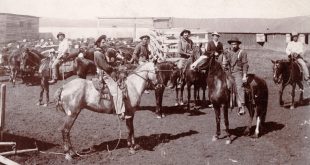