Living History Scheduled for May 3-4 at Fort Atkinson SHP

LINCOLN – Life at an 1820s military post will be depicted at Living History Weekend at Fort Atkinson State Historical Park on May 3-4.

From 10 a.m. to 5 p.m., volunteers will demonstrate period trades, such as blacksmithing, carpentry, tinsmithing and coopering, as well as crafts such as quilting, spinning and weaving. Members of the American Mountain Men group will have an encampment on the grounds, portraying the fur trappers who helped settle the region.

Fort Atkinson, the first military post west of the Missouri River, is seven blocks east of U.S. Highway 75 near Fort Calhoun. A park entry permit is required. Contact the park for more information at 402-465-5611 or ngpc.fort.atkinson@nebraska.gov.

Jerry Kane is the news manager with the Nebraska Game and Parks Commission. He can be contacted at jerry.kane@nebraska.gov or 402-471-5008.
Previous The Easter Weekend Turkey Report
Next Southwest District Birding Day Set for May 15 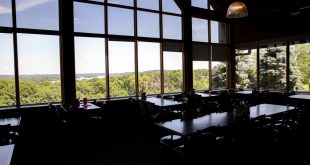