Home » Flora & Fauna » What we do with dead eagles

What we do with dead eagles

Most Nongame Bird Program responsibilities are tasks we rarely, if ever, discuss or draw attention to in a public setting such as this one.  In most cases the reasons are obvious.  A quick way to bore everyone is to to discuss the thrills of data management or write about the excitement of reading a lengthy proposed regulation in the Federal Register.  Sometimes the task seems ordinary and perfunctory.  Such is the case with what we do with dead eagles.  It is a regular job and responsibility, but it is routine.  Furthermore, handling carcasses is not all that glamorous.   During the latest eagle carcass round-up, it struck me that some people might find it interesting to know what we do with dead eagles.

As some people know, our two eagle species are protected by the federal Bald and Golden Eagle Protection Act.  This law makes it illegal to kill or posses eagles or eagle parts without a permit.  However, eagle feathers and other eagle parts are important to Native Americans.  A way to protect eagles and also facilitate Native Americans is to salvage eagle carcasses.   Thus, eagles that are found dead and which are not part of the criminal investigation (i.e., shooting) are recovered.  In Nebraska, dead eagles come to us from many different directions.  They can be reported by the public, found and picked up by Commission staff, discovered near power lines by the state’s utilities (most utilities, by the way, work proactively to reduce eagle and other bird deaths from collision and electrocution) and so on.  Once they are in the possession of NGPC, they are routed to me in the Lincoln office where we have an entire freezer dedicated to hold eagle carcasses.  What we eventually do is transfer the carcasses to the Fish and Wildlife Service’s National Eagle Repository in Denver, Colorado, which is where the actual work of preparing and distributing the eagle parts to Native Americans is executed.

In late February, our freezer was filled to the brim with eagle carcasses; the time had come to make an overnight shipment to the Eagle Repository.   We prepared and packaged about thirty eagle carcasses and we still have a few left in the freezer because we ran out of boxes.  We recover and process 30-40 eagle carcasses each year.  Yes, people like to think of eagles as symbols of vitality, freedom and wilderness and seeing carcasses may challenge this precept.  However, like all living things, all eagles will die.  It is important to remember that Bald Eagles, which make up the overwhelming majority of the dead eagles we receive, have increased in recent decades.  Furthermore, the partnership and the process in place serves an important purpose.

Joel Jorgensen is a Nebraska native and he has been interested in birds just about as long as he has been breathing. He has been NGPC’s Nongame Bird Program Manager for eight years and he works on a array of monitoring, research, regulatory and conservation issues. Nongame birds are the 400 or so species that are not hunted and include the Whooping Crane, Least Tern, Piping Plover, Bald Eagle, and Peregrine Falcon. When not working, he enjoys birding.
Previous Spring Gobbler Withdrawals, The Cure
Next Learn how to hunt turkey at Ponca State Park! 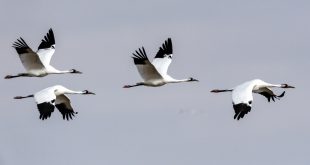 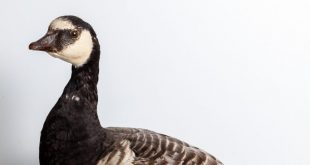