I had the pleasure of taking fourteen year old Kaely Perkins of North Platte (she attends Maywood schools), hunting for her first deer this past firearm season. It all started when I was looking for an irrigation engine at Fairbanks International in North Platte, where Kaely’s Dad, Roger Perkins is a salesman. We started talking about hunting and the next thing we knew a date was set for Kaely to come deer hunting on our farm.

This wasn’t Kaely’s first outing – she has accompanied her dad hunting before, following him out in the field but never as a shooter.

Kaely has shot before, starting off with a .22 Cricket when she was six years old. This past summer Kaely had the opportunity to go blue rock shooting with some friends using a .410. She wasn’t very fond of the kick the .410 gave her and she didn’t like the loud bang. Determined to shoot she tried a 12 gauge that same day. That was much better – she really liked the 12 gauge, so with earplugs in, she hit 18 out of 25 blue rocks. Kaely had a lot of fun shooting blue rocks and was hooked on shooting.

Roger thinks it’s great that she shoots and hunts. The turning point to her shooting and liking it was target practicing last summer. That experience made all the difference and built her confidence.

Kaely comes from a long line of hunters including her step brother, sister and mother that all hunt. Kaely says her Dad is the biggest influence. Kaely had wanted to deer hunt for a couple years but couldn’t get into a Hunter Education class so she thought she couldn’t go deer hunting. When Roger and Kaely found out about the apprentice certificate offered by the Nebraska Game and Parks Commission, her first deer hunt was on. The Apprentice Hunter Education Exemption Certificate allows those who must have but haven’t completed the education requirements to hunt when accompanied at all times by a licensed hunter age 19 or older. This once in a lifetime certificate worked out good for Kaely, giving her time to get into a class later on.

The first morning of deer hunting Kaely and Roger showed up around 9am to hunt with me. I had spotted three nice whitetails earlier that morning and knew where to take them. Armed with a .223 rifle Kaely had her first shot at a 4-point buck with one antler missing. She was locked in on the buck but missed on her first try. The buck went over the hill into a Pheasants Forever Corners for Wildlife Project. We all went out to search for a blood trail or any sign that she might have hit the deer but couldn’t find the deer or any blood signs. We did have some opportunities at deer later on that day. We hunted for about two and a half hours more that day with no luck, so we decided to try our luck again the next day.

On the second day we started around 6:30am and Kaely was armed with a 25-06. The first place we went was an unpicked corn field with winter wheat on the corners. Just then we saw some deer bedded down in the corn field and some on the wheat field. The deer were bedded down because the wind was blowing so hard. One mule deer doe was standing broad side for a great target so Kaely shot – the deer jumped, crossed the fence and ran into some CRP. Kaely didn’t hit the doe on her first shot, so we followed it over the hill. The doe was hiding in some tall weeds. The wind was blowing so hard that it was moving Kaely around. I had her lean her rifle over the flatbed of the pickup so she could get steady enough to shoot; she squeezed the trigger and hit the doe at about 150 yards. I said “you got the deer”, she turned around and the look on her face was worth a 1000 words. We were done hunting by 7:30 that morning. Kaely and her dad were happy and I was able to make it to church on time.

Some of the things Kaely learned from this experience were: to have patience, get a steady aim at where you want to hit the deer and also practicing before the deer season is very important.

I am glad to see young kids hunting; there are so many activities now-a-days that kids don’t want or have time to go hunting or you have to find a place to go and someone to take them. I was more excited to see her shoot than shooting myself – it is exciting to get kids in the field. Getting Kaely in the field and hooked on deer hunting was a great experience. Taking kids out hunting for the first time is rewarding for the parents, mentors and the kids involved. 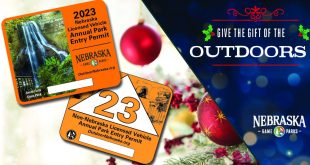