Waking to a landscape covered in hoarfrost is a photographer’s dream. Hoarfrost’s creation is a simple combination of water vapor in the air and cold temperatures. The vapor source, however, can range from atmospheric fog to steam fog rising from water that is warmer than the air above it.

You can’t always look at the forecast and plan for it, but it doesn’t take a degree in meteorology to know that when overnight lows dip to -16 degrees, you can bet the farm that’s much colder than the water temperature of the Snake River below Merritt Reservoir, and that steam fog would be rising from Snake Falls. So where most folks saw doom and gloom in that forecast for a January day in 2011, I saw opportunity and planned a morning hike to Snake Falls on my way back from a trip to western Nebraska.

I could see the steam fog rising from the canyon when I parked on the highway. When I stepped through the pines into the canyon above the falls, I was met by waves of it billowing from the falls below. I went right to work, but only a few frames into this shoot, I learned a valuable lesson I should’ve seen coming after watching my breath frost up my glasses on the quarter-mile hike in: When steam fog is coating everything around the falls in hoarfrost and you make yourself part of the scenery and stay there long enough, you and your camera will soon be covered with hoarfrost as well. I began to notice weird highlights on the camera’s liquid crystal display (LDC) 14 frames into the shoot. I spun the camera and found the culprit: ice crystals on the lens.

With no Nikon approved ice scraper on hand and no way to warm the lens, there was no quick solution to the problem. Thankfully I’d carried a second camera body and lens. Spinning the tripod away from the falls as I waited for the rising sun to peek into the canyon prevented the second camera lens from suffering the same fate as the first – wish I would’ve thought of that sooner.

There probably aren’t many opportunities for you to run into a similar problem in Nebraska but keep my story in mind. And don’t forget to hold your breath when you’re looking through your camera’s viewfinder in the cold – my LCD was so frosted up I could barely see it well enough to realize I had a problem. That one gets me every winter.

2013-11-05
eric fowler
Share
Previous Panhandle Passages: Hunting for Words
Next Pheasants Will Be Released on Nine WMAs Before Thanksgiving 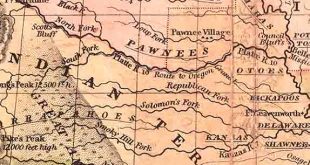