When it comes to giving a tour of the Bighorn Wildlife Management Area south of Whitney, I doubt many people are as suited for the job as Greg Schenbeck.

Schenbeck, a Nebraska Game and Parks Commission biologist with headquarters at the Ponderosa WMA field office near Crawford, has a leading role in managing the northwest district’s WMAs. Not only that, he was raised in northwest Nebraska and began hunting the area that is now the Bighorn WMA as a child.

I jumped at the chance when he offered to take me for an excursion high on the cliffs of the Bighorn last week to show me the extensive effects of last summer’s West Ash Fire to that part of the region. I wish the visit would have been under better circumstances, but I enjoyed it, nonetheless.

The 1,231-acre Bighorn is one of two WMAs that were completely covered by the wildfires’ flames – the other was the Metcalf WMA north of Hay Springs. The flames burned hot in the Bighorn, reaching the crown of most of the ponderosa pines in the area and leaving nothing but charred sticks in their wake.

Schenbeck is quick to point out that wildfires have long been an important and healthy part of the Pine Ridge ecology. He noted, however, that some areas of the ridge, such as the Bighorn, suffered what could be “ecological damage.” In some parts of the area, the fire burned hot enough to cook the roots of perennial grasses and forbs. While green blades of grass were beginning to poke their way through some parts of soil last week, other areas remained barren and susceptible to erosion. What will grow in those areas remains to be seen.

While the area is no doubt much more devoid of wildlife now than it was last year at this time, a number of species are expected to move in and do just fine. This particular WMA should be especially suited for its namesake, the bighorn sheep, which are still roaming the area despite the current lack of vegetation.

And, make no mistake; the Bighorn WMA is still a sight to behold. Every time I make my way to the top of a Pine Ridge butte or cliff, I find myself in awe and think to myself that I must be precisely in the most beautiful spot in Nebraska. The topography alone, with or without pine trees, is magnificent and pictures rarely do it justice.

As we walked along the buttes and cliffs, Schenbeck told stories about the area: The landowners he’s known, the animals he’s hunted. One distinct memory, he said, was his first Nebraska elk sighting. He spotted it there in the late 1960s. That’s when elk began re-establishing themselves in the region from nearby states.

The ruggedness of the country was made even more apparent as we walked past the wreckage of the GP Express Cessna 402 passenger plane that crashed into the pines in December 1987 during its approach to the Chadron Municipal Airport. The wreckage also stands as a testament to the heat from last year’s fire, as much of the fuselage has melted. Amid the burned posts and downed fence, ribbons on trees now mark where new fence will be placed. Replacing fence is a chore that will keep Schenbeck and his coworkers busy for some time.

I look forward to watching the Bighorn as it takes on new life in the coming months and years. It’s a hot spot, for a lot of reasons.

While we’re on the topic of wildfires, I recently had the pleasure of writing about a clever project spearheaded by Shelley Steffl, an NGPC biologist who works in Chadron. She’s been building seed blocks to distribute to landowners whose land was burned by fires.

After wild animals eat the blocks, they are expected to do some of the legwork in reforestation and take the seeds of 12 native species of trees and shrubs to remote areas of the ridge. Once on the ground, the seeds should have a good chance at sprouting to life.

Let’s cheer on our region’s wildlife to give us a true display of “poop power.”

Justin Haag has served the Commission as a public information officer in the Panhandle since 2013. His duties include serving as regional editor for NEBRASKAland Magazine. Haag was raised in southwestern Nebraska, where he developed a love for fishing, hunting and other outdoor pursuits. After earning a bachelor’s degree in journalism from Chadron State College in 1996, he worked four years as an editor and reporter at newspapers in Chadron and McCook. Prior to joining the Commission in 2013, he worked 12 years as a communicator at Chadron State, serving as the institution’s media and public relations coordinator the last five. He and his wife, Cricket, live in Chadron, and have two children.
@Nebland_Haag
Previous Finally! – an egg
Next Season of Firsts 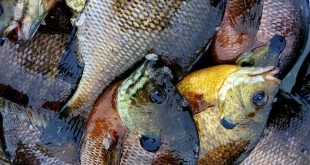