Bringing Fort Hartsuff back to life, 67 Civil War re-enactors from Nebraska, Missouri and Iowa gathered this past weekend, April 13-14, to portray Fort McPherson in 1867.  In this semi-immersive event, re-enactors lived, ate and slept like 19th century Union soldiers and civilians to offer visitors an accurate representation of military life post-Civil War. Superintendent Jim Domeier of Fort Hartsuff reported approximately 530 visitors for the weekend— a great turnout despite the cold, wet weather.

“I was very pleased with attendance and the number of re-enactors we had for this kind of weather. The grounds were a bit sloppy, but the event turned out good,” said Domeier.

Re-enactor Dean Thompson of the Pettit’s Battery Unit out of Hastings spoke about the 3-inch Ordnance Rifle, one of the event’s most exciting features. “It was one of the most popular rifles used during the Civil War,” said Thompson. “It was light and mobile enough that the cavalry used it. It was originally a rifled gun, deadly accurate to about a mile and a quarter— one of the best guns that the Union ever had. Southern boys loved to capture these. They received a bounty for every one they captured.”

Even with only 8 ounces of black powder used for each demonstration, the cannon packed a powerful punch—a boom that wowed and awed spectators each and every time.  Jan and Dale Wood from Chambers, Nebraska brought their granddaughter and grandson to see this living history event. Granddaughter Ryann Haburchak said with a big smile: “I think Fort Hartsuff is really cool. The cannon was really cool! It’s loud, but it was really neat to see the flames come out.”

At the far side of the fort, Randy Beaton of the Freedom Pathfinders Unit portrayed George Towar, a Civil War surgeon. Beaton laid out his collection of antique surgical tools for all to see. Visitors could not help but cringe at the gruesome assortment of knives, saws, bullet forceps, needles and pliers.

Finally, representing the women at the Spring Muster, Jan Ferguson from Lincoln has been a Civil War reenactor for many years: “It’s really neat to see the history and the things you don’t realize. I’ve learned so much since I started doing this, especially the women’s role.” For example, Ferguson explained that a woman could not wear her hair down because it belonged to her husband. Women had to wear their hair up with a hat because it was for their husbands’ eyes only.

With the re-enactment season starting up again, keep a look out for more living history opportunities throughout the state. To contact Fort Hartsuff, please call (308) 346-4715.

Jenny Nguyen is a public information officer with the Nebraska Game and Parks Commission stationed in Norfolk. She also is a regional editor for NEBRASKAland Magazine. Contact her at 402-992-0731 or jenny.nguyen@nebraska.gov.

NEBRASKAland Associate Editor Jenny Nguyen-Wheatley was born in Nha Trang, Vietnam, and moved to the United States with her parents in 1992. She graduated from Bolsa Grande High School in Garden Grove, California, in 2008 and completed her bachelor’s degree at UCLA in 2012. Wheatley was editor-in-chief for her high school newspaper and continued to write in college, freelancing for various publications, the Tiger Woods Foundation and writing for her blog FoodForHunters.com. After graduating college, she moved to Nebraska in early 2013 to join the Commission as Regional Editor at NEBRASKAland Magazine. She then became associate editor in 2015. Wheatley enjoys hiking, camping, horseback riding, hunting, fishing and wild game cooking.
Previous Youth Fishing Instructor Newsletter, Spring 2013
Next Planning your Nebraska Outdoor Vacation? I can help! 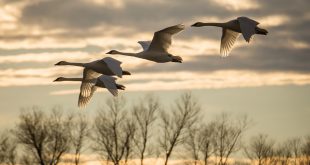 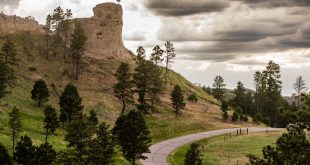 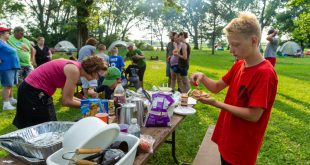 Recipes at the Campground 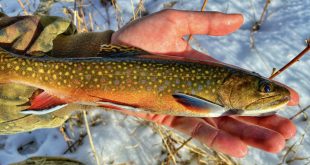 How Many Could I Catch?

In 2020, Norfolk resident Scott Buss put a long thought-out plan into action. He would …